Here’s where the rubber meets the road. Reckless driving in Virginia is a class 1 misdemeanor and carries a variety of possible punishments and serious long-term consequences.

What are the Penalties for Reckless Driving in VA?

The maximum penalties for a reckless driving conviction in Virginia are:

The Virginia reckless driving statute is defined under the Regulation of Traffic Code, which is in the statute as § 46.2-862. Exceeding speed limit:

People charged with reckless driving in Virginia often wonder whether they will be treated with more leniency if the charge was their first offense. First offenders of Virginia’s reckless driving laws are subject to the full scope of penalties including fines, license suspension, and jail time. Just because it is your first offense does not mean you should take this situation lightly.

Your specific punishment for reckless driving will vary based on the facts of your case, your driving record, and the local judge who hears your case. But let’s look at each one of the possible penalties.

Click to jump to the reckless driving information you need: 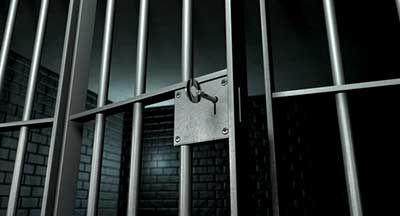 Yes, JAIL is a possible punishment for Virginia reckless driving.

But let me tell it to you straight: most people don’t go to jail for their reckless ticket. You’ll see websites that claim ALL cases over 90 mph carry a risk of jail. That’s simply not true across the board.

The courts where I practice (primarily Fredericksburg, Stafford, and Spotsylvania) typically do not impose jail time until at least 95 mph and usually only at 100 mph (or 30+ over the speed limit). That varies depending upon the judge and many other factors, but 90 is not the normal jail threshold in my area.

Why then do attorneys claim that? I hope it’s ignorance, but I’m concerned some people may be trying to use scare tactics. Reckless driving is certainly serious, but it’s stressful enough without having attorneys scaring you into hiring them.

Some areas of Virginia do use 90 mph as a jail threshold, but it’s important to understand that every case differs. You’re not automatically going to jail even if a particular judge uses a certain speed as a line in the sand.

The differences in jail time make it critically important to discuss your case with an attorney who knows the local players involved in your case.

Next to jail, most people that I talk to are concerned about losing their license. After all, it’s hard to get around most of the United States without being able to drive.

In cases where the judge suspends your driver’s license, he can authorize a restricted license. This gives you permission to drive for specific purposes, such as going to work, attending school, taking your children to school, and going to the doctor. A restricted license doesn’t give you blanket permission to drive whenever you want, but it can at least help you get to work.

Fines for Reckless Driving in Virginia

How much are you looking at paying? Good question. This one gets a little tougher to answer. Like jail and license suspension, the specific fine will depend upon a variety of factors including the local court.

The maximum $2,500 fine isn’t used often that I see. Depending upon all the facts of the case, an average reckless driving fine could be in the neighborhood of $300 to $1,000. Definitely pricey. And then of course you have to add on court costs, which are about $80.

Some judges have rules of thumb for the fine. For example, a local Fredericksburg-area judge typically imposes $10 for each mph over the speed limit. Using that guide, a reckless driving conviction for 90 in a 65mph zone would be a $250 fine plus court costs of $81. Virginia law gives you at least 30 days to pay anything you owe to the court. If you need additional time, you can ask the court for a longer payment deadline. But these are just the court imposed punishments.

What other consequences might you be facing if you’re convicted of reckless driving? Here are a few to consider:

I always recommend calling your insurance company to find out. But some people worry about tipping them off to the pending ticket, so that may be a concern for you.

Practicing near D.C., I’ve represented many people who were concerned about their security clearance. Rightfully so.

If you have to drive for a living or are on company insurance for occasional errands, your supervisor probably will not want to find out about a reckless driving conviction. Some companies have rules that require terminating employees based on their driving records alone. It’s certainly not a road that anyone wants to go down.

You may want to discuss your pending case with your supervisor or Human Resources department to find out how a reckless driving conviction might affect your job. You could also find out if a reduced outcome, such as a speeding conviction, would eliminate the employment risks.

Reckless driving in Virginia is a class 1 misdemeanor, but what does that really mean? Virginia has three levels of offenses:

Now think about it: have you ever been asked about your criminal history on a job or security clearance application? You’ve probably been able to answer that you have no convictions. But if your reckless driving charge sticks, you must answer “yes” when asked if you’ve ever been convicted of a misdemeanor. Even life insurance applications sometimes ask about reckless driving convictions.

Just by receiving the reckless driving ticket, you’ve been charged with a misdemeanor. You will need to read applications carefully to see if they are asking about “charges” or “convictions.” If they ask about misdemeanor charges, you have to answer “yes.”

Unlike your driving record, the criminal record remains for life. Virginia doesn’t even allow expungement (erasing the records later on) if the court convicts you.

Virginia has a complicated point system for drivers. Everyone starts out at zero. For every year of driving with no tickets, you get a +1 point. Positive points are good in Virginia. The best record has a +5 balance; that’s the maximum number of allowable good points. When Virginia DMV gets record of a moving violation conviction, they assess demerit points against you. Every moving violation carries a set number of points, either 3, 4, or 6.

Reckless driving carries the maximum number of demerit points for any offense in Virginia. If the court convicts you and you have a Virginia license, DMV will assess 6 demerit points. The conviction will remain on your driving record for 11 years. If you accumulate too many demerit points too quickly, DMV may send you to a driver improvement clinic or suspend your license altogether.

If you have a license from another state, your home state controls the points you would get. For most states, Virginia will report any conviction to your home state. Then your state’s DMV will determine if the conviction goes on your record, how long it stays there, and if you get demerit points for it.