Since you’re here, you are probably charged with Virginia reckless driving. You may have a barrage of advertising being thrown at you. It’s confusing and possibly scary. You are not alone. This site is the key to understanding your charge, possible defenses, what might happen in court, and how to select an attorney for your case. It’s all right here.

I suggest sitting down in your favorite chair with a cup of coffee or tea and diving right in. When you’re done browsing, you’ll have a clearer picture of how to handle your case. 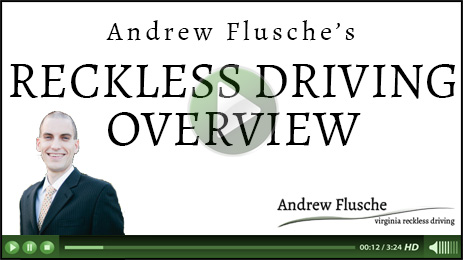 What is Reckless Driving in Virginia?

Reckless driving is a class 1 misdemeanor in Virginia. It’s the same level of offense as DUI. You read that right. A person who gets involved in an accident or speeds a little too fast is charged with a misdemeanor on the same plane as DUI. 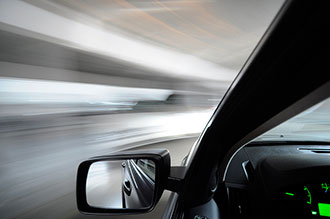 Virginia has many different types of reckless driving. To understand your case, you first have to start with the ticket itself. It’s the piece of paper you received from the officer that usually says “Virginia Uniform Summons” at the top. In most cases, they’re yellow carbon copies.

The summons will show the section of the Virginia Code (or local ordinance) that you’re charged with violating. There are 14 different types of reckless driving, but they do not all come up often in court.
Here are the most common varieties:

Passing a stopped school bus – If an officer thinks you passed a school bus while it was stopped for loading / unloading children, you could get a reckless driving ticket (VA Code § 46.2-859). The code section for this version requires the Commonwealth to prove a number of specific items, including the color of the bus. Judges certainly take these sorts of tickets seriously, due to the possible danger to children.

Even if your driving behavior did not fit one of the many specific definitions of reckless driving, you could be charged under the catch-all statute if your driving allegedly endangered people or property (VA Code § 46.2-852). This section can be charged in a wide variety of situations from doing wheelies on a motorcycle to passing in a “no passing” zone.

Regardless which version your ticket says, it’s still a criminal charge. That means you’ll have a court date, be asked to enter a plea, and there will be a trial. The Commonwealth has to prove that you are guilty beyond a reasonable doubt. It’s not like you’ve seen on Law & Order, but it’s a real trial that affects your life!

Next: What are the consequences?

Looking for information on Virginia DUI/DWI defense? Check out our new site, FightVirginiaDUI.com